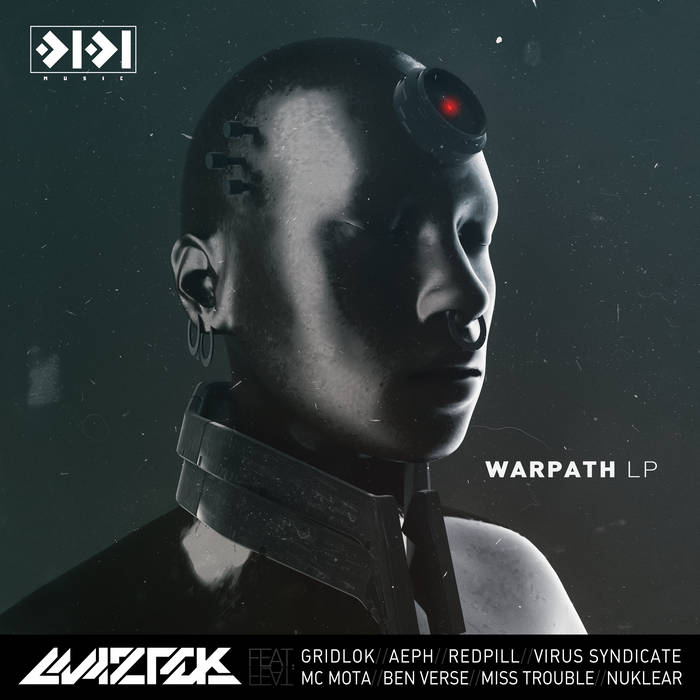 The absolutely huge feat which is Maztek’s forthcoming LP is finally upon us. ‘Warpath’ was rumoured since the drum & bass veteran dropped his first single, a collaboration with Aeph, on his newly created 0101 imprint, which signified a brand new creative endeavour for an artist who’s spent years crafting himself into the genre’s history.
And it’ll be yet another defining output for one of neuro’s pioneers, who’s already paved his way with a number of releases and will continue to do so with the calibre of music showcased throughout ‘Warpath’s track listing.

‘Warpath’ presents Maztek journeying back to his musical roots, whilst he brings through a host of talented artists to collaborate and feature on an epically diverse selection of records. Three years of ideas, work and struggle, ‘Warpath’ is a concoction of both old school and new school, drawing out its hip hop, reggae and drum & bass roots with a passion that modern neurofunk has afforded him. His aim was to bring back the same vibes which got him hooked on the genre, but give them a more contemporary twist, with some tracks purposefully sounding more electronic or acoustic. It’s the acoustic snares and drums prevalent across the album which help translate Maztek’s music into a live setting, which is the reason why his cuts are so devastating on the dancefloor.

First track, Maztek and Redpill’s ‘Electronic Warfare’, sets a standard, slicing deep with every stab of sonic disturbance. Next up, ‘The Dirt’ has already made the rounds alongside his other featured collaboration with Aeph ‘Trajectory’, with both tracks having already caused carnage on dancefloors since they were unmasked earlier this year, with Aeph appearing again to obliterate more speakers alongside ‘What You Got’. Maztek’s standalone delivery ‘Cheeky Dub’ helps to encapsulate the LP’s ethos, a return to the true sound which runs through the heart of all his productions. Notorious frontmen and women like MC Mota, Pendulum’s Ben Verse, Virus Syndicate, Nuklear MC and Miss Trouble also add their vocal crooning into the mix, adding perfect swathes of cool throughout the album’s offerings. Maztek & Gridlok’s ‘Gladiators’ makes a reappearance, yet another heavyweight merging of minds. Tracks like ‘Pandamonium’, ‘Bass Drop’, ‘Back to the Jungle’, ‘Come Closer’ and ‘Timeless’ further highlight the unbridled diversity of Maztek, even within the darker constraints of drum & bass. And this is one reason why ‘Warpath’ will hold up against the test of time, alongside the legacy of an artist who’s been able to draw from an intimidating array of artists for his biggest work of art to date.

The year of artist lead independent imprints is now upon us, with those who have helped build the genre from its roots taking centre stage to build platforms for their own creative endeavours.
One of these artists is neuro-stalwart Maztek, a defining name within the underworld of drum & bass and one who has helped carve its path within the world of dance music. ... more

Bandcamp Daily  your guide to the world of Bandcamp

Serena Cherry debuts her black metal project, plus a Pick from the Crypt block from Svalbard